A toilet can sometimes develop a problem that makes it flush on its own. You may notice this problem first in the middle of the night. You hear your toilet flush but realize that nobody has used it. It has flushed itself.

This ghost-flushing might freak you out a little; however, it doesn't mean that you have an otherworldly presence in your home. Your toilet simply has a problem. Why does it flush itself? Why does this only happen in the middle of the night?

Why Do Toilets Flush Themselves?

Toilet flushes work on a stored water refill basis. The toilet's tank stores water ready for a flush. It then opens a flapper seal to empty out this water whenever you flush the toilet.

As the tank refills, the seal then resets itself to stop water from draining down into the bowl. This cycle pauses when the tank contains enough water for the next flush. The seal holds water in the tank.

If your toilet has a faulty or blocked seal, then it can't always control its stored water. Water might leak down from the tank to the bowl.

For example, if your tank's flapper seal is gummed up, blocked, or broken, then it can't block water coming out of the tank and into the bowl. These seals can get clogged up with algae or other deposits; they can get stuck in an open position if their chains tangle around their flappers. Sometimes, they simply break and stop working.

Toilets can also flush for no reason because they can't control incoming water levels. For example, a faulty or broken float might not trigger a flow shutdown when water reaches its maximum level. Or, a problem refill tube might allow too much water to come into the tank.

Why Does Your Toilet Only Flush Itself at Night?

Ghost flushing often starts in the middle of the night. If you have a small leak or a small amount of excess water coming into your tank, then water might not build up enough during the day to make your toilet flush itself. You'll use the toilet enough to control its water levels.

However, you'll stop flushing your toilet when you go to bed. If your tank isn't emptied for a few hours, then it can build up enough water to trigger a self-induced flush.

In some cases, your toilet will continue to only self-flush at night. However, sometimes, the problem can get worse, and you'll notice that this happens more often.

In either case, unnecessary flushing wastes water, so you should get plumbing assistance. For a speedy repair, contact your local plumber. 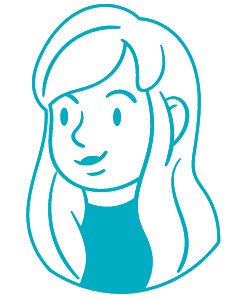 Plumbers have been around for as long as homes have had running water. And do you know what? They'll be around for many, many more years to come. Plumbing is not a job that can easily be outsourced or done remotely. Your plumber can't exactly install your shower or fix your toilet unless they are in your actual home. Keep this in mind if you are ever looking for a job that can be done in-person. We'll share some more about plumbers on this blog, and we encourage you to read what we have to say, even if you just have a tiny interest in this field.